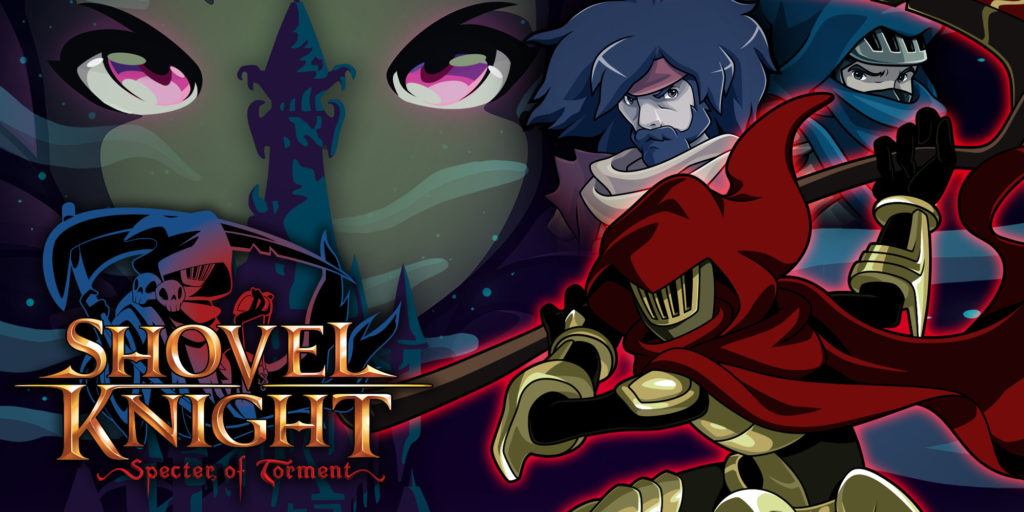 Shovel Knight was a major success for old-school platforming fans back in 2014, and since then esteemed developer Yacht Club Games have been dishing out free DLC and updates to the title as per their stretch goals commitments made back when launching the Kickstarter campaign.

You can see my hilariously outdated video review of the original Shovel Knight here:

Specter Of Torment is the second of the DLC campaigns in which players take control of Specter Knight, one of the harder bosses from the original Shovel Knight campaign.

At first sight, it may seem like a minor change perhaps something akin to playing as Proto Man in a Mega Man title. Do not be so hasty though, as the Specter Of Torment campaign could not be more different to Shovel Knight.

True, you’ll still be going through 2D stages gathering treasure and fighting a wide assortment of geeky looking enemies, but everything from the second-to-second gameplay to the very tone of the game has been completely revamped.

As Specter Knight, a cursed warrior with a far more agile move set than our previous blue hero, you’ll be running up walls, grinding on rails and slashing through enemies like they’re made of paper.

If Shovel Knight was a tribute to Mega Man, then Specter Of Torment is Mega Man X.

Mobility is a huge part of the Specter formula, and to its credit, it’s certainly used to great effect in the new level layouts. You’ll often find yourself chaining together wall runs, dash slices and grind rails like you’re some kind of parkour master. The way Specter Knight moves generally has a real snappy feel to it, with smaller jumps that are less floaty and allow for some more precise, skilful platforming gameplay.

Thematically, Specter takes a much darker tone than I first expected. Not only do some levels take place at night time now, but the music has been reorchestrated and remixed accordingly. The story itself is also far, far darker than any of its other Shovel Knight campaign brethren. 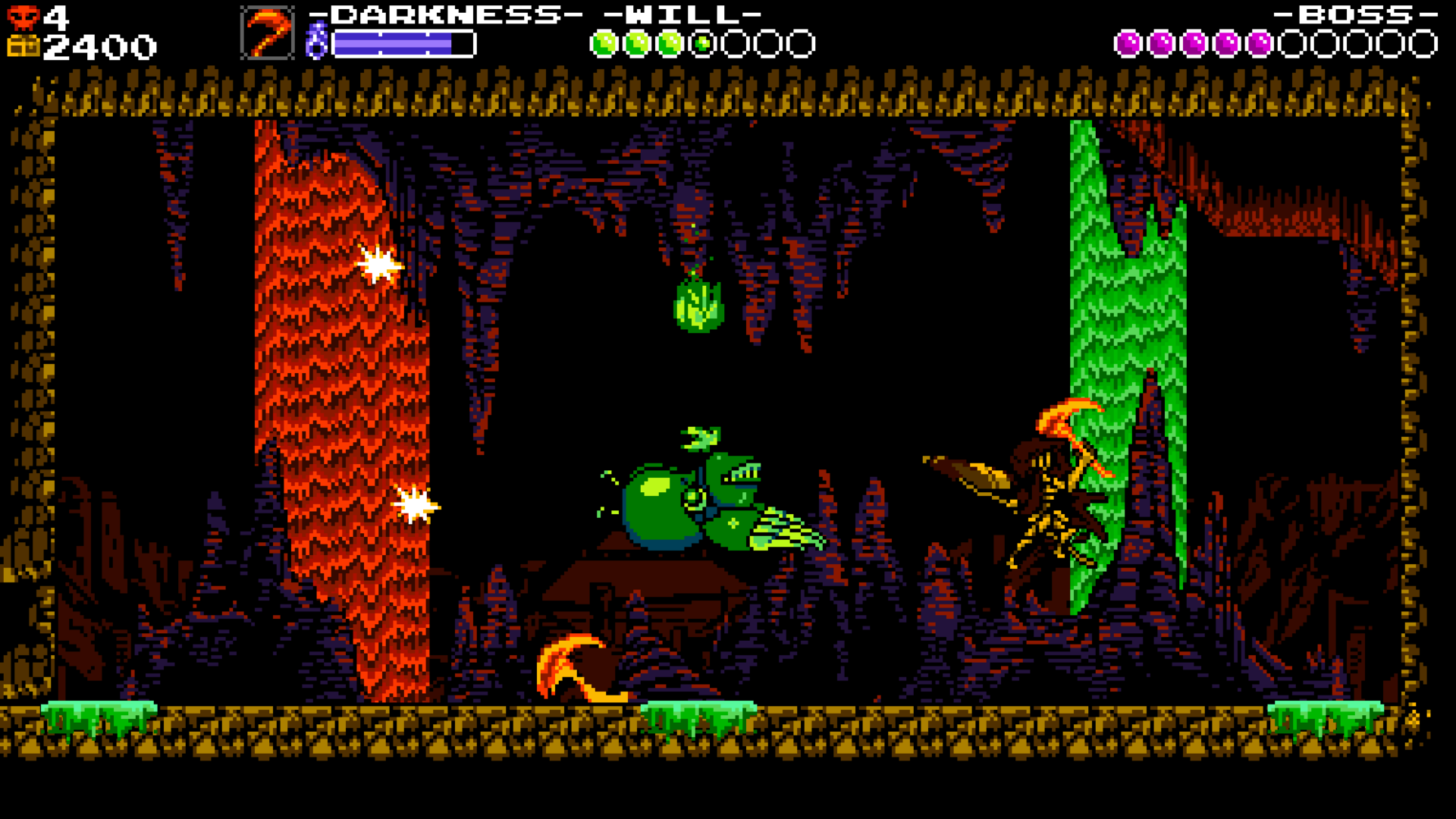 This is the prequel story of how Specter Knight came to be Specter Knight. As you play you’ll uncover the truths of what really took place in the tower of fate, how the Order Of No Quarter were assembled and you’ll be given valuable insight into the sour, hopeless tone Specter Knight gives off in the main campaign.

Everything just feels faster and more serious than it did in the previous campaigns. Although, there is certainly still comedy to be had, especially in the tower of fate hub area.

Certain things are done differently, that aren’t really either good or bad. The way you travel to levels is now through a magical mirror instead of the Mario 3 world map seen in SK.

Many mechanics seen in the original Shovel Knight are still present here, including the death system that sees you drop a portion of your loot upon dying, and having to recollect it on the next run Dark Souls style. Somehow, even the loot bags were given little bat wings to reflect Specter Knight’s aesthetic. It’s these small touches that make the games different presentational elements feel thematically in sync.

Overall, I really enjoyed the new take on the SK formula and the reconstructed gameplay. I had a blast in one of the simultaneously fairest and difficult challenges in recent memory. This one will certainly put you through your platforming paces. (I *highly* recommend using a proper controller for this one though, especially if you’re on Switch, grab a Pro Controller for the D-Pad or if you’re on PC use a PS4/Xbox One controller).

What’s real crazy, is if you already own the base version of Shovel Knight, both this campaign and the Plague Of Shadows campaign are *FREE* to you in an update. It’s Yacht Club honouring their Kickstarter goals.

However, if like myself you want to support the developers again or on the chance you might’ve switched platforms and don’t feel like purchasing the whole experience again, you can buy Specter Of Torment as a standalone game for around £6.99. Also, the standalone version has it’s own Trophy/Achievements list including a separate Platinum Trophy, whereas it’s free counterpart does not. So keep that in mind.

With all that said, Specter of Torment clocks in at around 5-6 hours, depending on skill level. It’s got some serious backbone to it and feels like a full sequel to the original, a feat very few DLC’s have pulled off and in doing so it earns the right to be called Shovel Knight 2.

Take note, THIS is how Kickstarter games should be done.